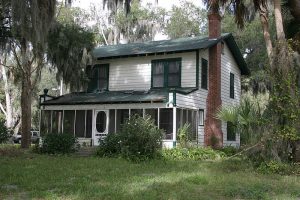 The Ghost of Ma Barker

Kate Barker born on October 8, 1873, better known as Ma Barker and sometimes as Arizona Barker as well as Arrie Barker, was the matriarch of various of a gang of American hoodlums who ran the infamous Barker-Karpis gang during the “public enemy era”. This was a turbulent time in American history, a period when the escapades of gangs, mobsters, killers, and knaves attracted the people and press like moths to a flame. Criminals were Instagram celebs and their following was legendary.

Ma Barker, asides from being a “dame” also had the distinction of being a polar opposite of what the folks reading the yellow rags were accustomed to. She was a matronly woman and quite possibly a rather cherished mother. Her delinquent sons adored her. Not a charming Tommy gun desperado with a cruel streak and a tendency towards violence; to say she wasn’t a poster child of the era’s zeitgeist would be underscoring the M Barker phenomenon.

Barker’s rise to fame as a brutal crime queen who managed and directed her sons’ offenses began when J. Edgar Hoover went on the tabloids and described her as:

“The most vicious, dangerous, and resourceful criminal brain of the last decade”.

The man, giving her free publicity and, more importantly, putting a crosshair on Barker and her kin. Up until then, compared to other desperados, Ma was fairly lowkey… with Hoover’s statement, she suddenly rivaled Capone.

Barker was born Arizona Clark in Ash Grove, Missouri. She was the daughter of John and Emaline Clark; her family called her “Arrie”.

A profile by the FBI labeled the Barker’s care of their boy as, well, lax… Yes, let’s call it lax. Documents described the father figure as “shiftless” and that the boys were “more or less illiterate”.

The boys started getting into trouble as early as 1910. Herman was jailed for highway robbery after rolling over and maiming a child while making his getaway. Across the next few years, Herman and his brothers were frequently implicated in all manner of crimes; their rap sheet included robbery, forgery, kidnapping, and even murder.

As the years flew by, the boys started culling attention… not only from the law… but from other gangs that saw in the riff-raffs potential. They were inducted and made honorary members of various criminal organizations, amongst them, the Central Park gang.

Herman, meanwhile, the leader of the group, went and kicked the bucket on August 29, 1927, in Wichita, Kansas. Herman had just crashed his car after a robbery and in a shootout with the police had managed to clip an officer at point-blank range in the mouth. The cops were out for blood and this time there was no skating by. He was going to the noose. Herman committed suicide mid chase to avoid getting caught.

And the other boys? Well, in 1928, Lloyd Barker was incarcerated in the federal penitentiary at Leavenworth, Kansas. Arthur “Doc” Barker in the Oklahoma State Prison. Fred was in the Kansas State Prison.

And deadbeat dad George? Well, he quietly left Kate “Ma” Barker when the whole enchilada of the boy’s criminal life was becoming too hard to swallow.

From 28 to 31, Ma lived in “miserable poverty” in a “dirt-floor shack” with no husband and no job, while all her sons were in jail. FBI suggested that during this time Ma started acting “loose” with the local men and began exercising the world’s oldest profession.

In 1930, Ma had shacked up with a jobless man named Arthur W. Dunlop. It wasn’t a wedding or a union made in heaven, but at least they could comfort each other.

It’s 1931 and Fred gets out of prison. Things are finally looking good. He comes back, promises to live an honest life… and… well, old habits die hard. Fred joins forces with a former prison mate, Alvin Karpis to form the Barker-Karpis gang. The area is plagued by dozens of brazen robberies overnight. The police once more on the trail of one of those nasty Barker boys. It all comes to a head on December 19, 1931. After a string of crimes, Fred and Karpis kill Sheriff C. Roy Kelly in West Plains, Missouri. The straw that broke the camel’s back.

They need to flee and Ma and Dunlop decide to travel with them. She starts to take an added interest in her kid’s criminal endeavors.

For the next couple of years, the Gang is all over the place. Arthur Barker is released from the pokey in 1932 and instantly joins Fred and Karpis. They move around, not staying in a single place too much. The cops are hot on their trails and other criminals, like Capone, find them distasteful… The gang’s bad for business.

Arthur Dunlop, meanwhile, was hitting the juice quite often. The man was, as Karpis, described him: “pain in the ass”. And worse, Dunlop couldn’t keep his trap shut. Two drinks in and he was singing like the birds.

His naked body was found near Webster, Wisconsin with a single bullet wound to the head. The gang sick and tired of his booze-induced conversations.

By now, the gang had evolved from larceny to kidnapping. They were crossing state borders and poking their fingers in the FBI’s eyeholes. And the kidnappings were audacious, historic, grand and the press was eating it up. They were obtaining ransoms of up to $200,000 by targeting wealthy businessmen.

On January 17, 1934, Edward Bremer was kidnapped from the streets of St. Paul, Minnesota. Enough was enough. The press was hounding Hoover and his FBI – a recent enterprise of his – was coming off like a bunch of nincompoops. Bremer managed to get free, but not because of the FBI’s efforts, but because a huge ransom was paid. Hoover was sick and tired of the farce; the gang was making a mockery of him. All hands on deck and let loose the hound of war.

Once more, the gang fleed. And where do criminals go when the law has declared a Jihad on them?… Well, Florida.

For a few months, the gang holed up in a shack on the outskirts of Ocala. It didn’t help. The FBI was out for blood and this time, thanks to Hoover lighting a fire under every agent’s behind, they had their game face on. Every bit of forensic technology was employed to track down the Barker gang… and boy did it pay off.

In 1935, teh Federales located the hidey-hole the gang was shored up in. How? Thanks to a proto-patriot act. The feds’ read correspondence/mail received by known associates of the Barkers. One letter talked about an alligator called “Gator Joe.”

“There’s this gator that has a taste for gangsters, but not for cops.”

Gator Joe, unknown to the Barkers, had become a mascot of a sort to the FBI’s field office in Florida. Every federal knew Joe and now, thanks to the slip-up, every cop in the state had an idea of where Ma and her boys were at.

“Surrender and come out with your hands up!”

BANG! Fred opened fire. What followed was a hail of bullets that tore the house to ribbons. The shootout lasted for hours and many local people came to watch the events unfolding, even holding picnics during the gunfire. More than 2000 bullets were used.

Fred’s body was riddled with bullets. Ma seemed to have died from a single gunshot wound.

Their remains were put on public display and then stored until October 1, 1935, when in-laws had them buried at Williams Timberhill Cemetery in Welch, Oklahoma, next to the body of Herman Barker.

“A lot of the evidence points to the idea that she may have actually been innocent of all the stuff that was going on with the Barker gang, and so getting killed for it has probably left her spirit pretty unsettled.”

Paul, an undergraduate degree in Economics with a passion for history.

Paul is one of the many, many people that claim to have seen the ghost of Ma Barker up close and personal.

And Paul’s not the only one. Ma Barker’s estate has been sold numerous times during the years and each transaction has been followed by a series of supernatural storms.

Ma Barker doesn’t like people touching her house and hates the idea that some Northern Snowbird will try to move it and relocated it someplace else.

Donald J. Weiss, a 62-year-old retired police patrolman from upstate New York, that moved to Ocala many years ago, toured the house where the gangster Ma Barker had been shot. When he sauntered beneath the live oaks, a voice snarled, “Get outta here, lawman!”

He flew back in fright, only to later snapped photo of the front porch… capturing a shadowy figure.

Weiss later gave the photo to the Marion County Sheriff’s Office soon after bad things started happening “I had a heart attack,” Weiss said. “You think that’s a coincidence?”

And the reports are a dime a dozen. On Trip-Advisor, on Blogs, on police statements. Folks that have been to war zones in Afghanistan and the Gaza Strip have been spooked silly by teh house and its ghostly inhabitants. A journalist that photographed the dead from Asian tsunamis, a Mexican assassination, and Hurricane Katrina came out of the house scared out of their wits and white as a sheet.

Stories abound about that cursed house and the outlaw spook that calls this place their home.

For more macabre tales, check out our top-ten list of Orlando Haunts.

Located in Titusville, the Pritchard House is considered one of Florida's top haunted houses. The house is built in the Queen Anne style of architecture, giving it a spooky vibe. The house was once ho...
Read More 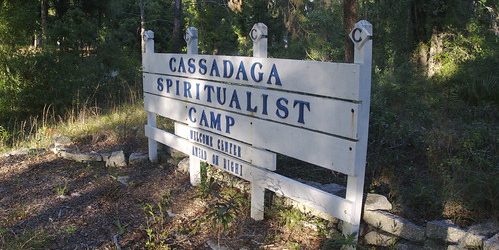 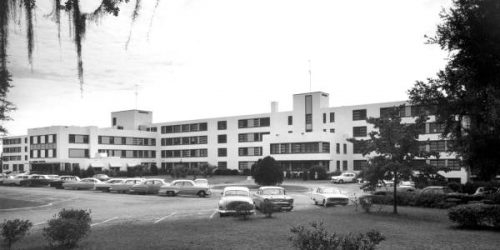 Sunland Hospital About eight miles west of downtown Orlando lies the ruins of Sunland Mental Hospital. Sunland was a chain of hospitals across Florida, known initially as the W.T. Edwards Tuberculosi...
Read More